Everything You Need to Know About Windows 11

Stylistically, Microsoft have taken a leaf out of Apple’s book and have chosen softer colours and edges compared to Windows 10’s blocky styling. They’ve gotten rid of the bright colours and tiles in the Windows 10 start menu. The start menu has been centered, as it is in MacOS, although you are able to move it. The overall look feels modern and fresh, without being too removed from the familiar Windows we know and love.

Microsoft have made snapping windows far easier with Windows 11. When you hover over the maximise button, you have the option of different ratios and arrangements of windows. A seemingly small feature, this makes a huge difference and makes the user interface enjoyable to use. The option for multiple desktops will also be available, so you can toggle between different desktops for work, personal etc. The transition from one screen to multiple is also far smoother now. These features make Windows 11 geared to multitasking and increased performance. Windows 11 also has the potential to be faster than Windows 10; the way it handles system processes is very smooth and efficient.

Although it is not available at launch, one of the most exciting features of Windows 11 will be running Android apps. This puts it on the same level as chromebooks. It is a feature that helps bring cohesiveness across your devices and is a huge selling point. Unfortunately, it is not available at the initial launch, but should become available with updates in 2022.

Teams will be integrated into the windows 11 taskbar, making it easier to access and quicker to use. This is good news for those of us, especially businesses, who use Teams on a constant daily basis. Teams’ video calling software has also been improved, making virtual meetings a breeze to execute and attend.

Windows 11 feels like a very subtle upgrade from Windows 10. This is not necessarily a bad thing: I’m sure we all remember the seismic jump from Windows 8 to 10. Windows 11 will certainly be a user friendly, modern Microsoft environment to work in, once newer versions are released.

Overall, we do not think that upgrading businesses to Windows 11 immediately is necessary and we would recommend waiting for newer versions. It is still in very early stages of use and isn’t quite the finished product. At the moment it is only compatible with limited hardware, which will change over time. Not all its exciting features are available yet and bugs are still being found and fixed. Windows 10 will be supported until 14th October 2025, so it is best to monitor the updates to Windows 11 and only make the upgrade once it has been finessed.

If you have questions or comments regarding upgrading to Windows 11, call us on +44 203 034 2244 or +1 323 984 8908 Alternately, you can contact us online. We will be happy to help you overcome your IT challenges. We have engineering bases in the United Kingdom, Europe and Southern California and our group of highly experienced engineers are available 24/7 to assist and ensure that your business’ IT infrastructure is running seamlessly. 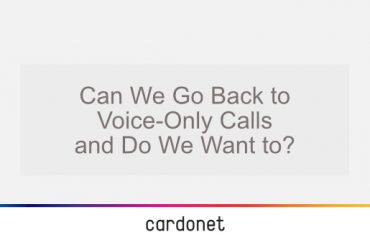 Can We Go Back to Voice Only Calls and Do We Want To?