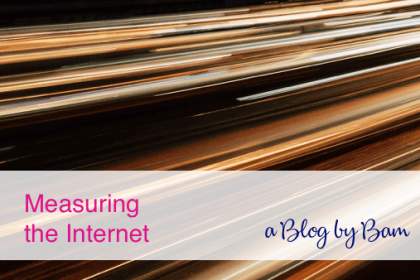 Today I want to discuss another aspect of the internet, one which is shrouded in mystery and illusions and oft-obfuscated by the warlocks of marketing. A sinful place where facts are as rare as red squirrels and the truth is stretched like the rubber band of a slingshot … pointed at consumers.

This is something we rarely notice until it goes wrong. Something we expect to work and something that can inspire intense rage and hatred in even the most even-keeled among us.

With the proliferation of smartphones, reddit and our a constant need to check instagram, the Internet today is more tightly woven into the fabric of our lives than ever. We use it for business and pleasure and some even experience withdrawal when they lose connection to it for too long. Humans in this country and others like it have become accustomed to it that they expect WiFi broadband or at least 3G everywhere they go. Like a lullaby, access to the web sedates the masses, it is only in its absence or malfunction that we begin to ask questions.

What’s wrong with the internet? Why can’t I connect? Why is it so slow? Am I connected to the wrong one? Can I have the Wifi password? Who can I call to remedy this as soon as possible? Where the hell am I!?

All very valid questions asked by very desperate people when their connection has dropped.

But despite being so integral to our lives, few know anything about it. I’m not talking about how it works (I already wrote a piece about it here) but what it is measured in? Our phone contracts talk about data, our broadband companies talk about speed, what does it all mean? And while we’re at it, what even is a piece of internet measured in? Can it even be measured? What would be the point of doing so?

Well, luckily there is an answer to all the above questions. Unluckily, it’s going to take the suspension of how we’re used to measuring things, — if you haven’t noticed by now, this is going to be an article on semantics — see, the thing with data is, it doesn’t have dimensions, there’s no weight or mass to it, it doesn’t have a volume or length and lastly, it can’t move in the classical sense.

Data is measured in bits, enormous reams of one’s and zero’s or on-and-offs, it really doesn’t matter what you call them, in machines, data is binary there are two states, and everything you see before you is built from the complications that can be conjured from just two states. An increment of this data in a machine is called a bit  (short for binary digit), four bits is called a nibble (which luckily, no one measures anything in) and eight bits is called a byte. Bytes are important because traditionally, you would need eight bits to represent a character (like “A” or “2”) in a computer.

So the first thing I’d urge you to keep in mind when plowing through the world of deceptive Internet jargon is that one byte is equal to eight bits. This is important because these two different measurements are often intentionally used to confuse customers, it also doesn’t help that they’re both shortened to the same letter, though generally it’s lowercase-b for bits and uppercase-B for bytes.

Data is stored in bits and bytes, but they’re tiny, you can’t really do much with a byte, to actually do anything interesting, you’re going to need thousands, millions and billions. Luckily, the computer scientists who came up with all this accounted for that in the form of prefixes. Unfortunately even these are at risk of flawed understanding depending on interpretations. See, in the world of computers, there are those (like me) who insist that zero is the first number and that a kilobyte is 1024 bytes, because it just makes sense to me that way, machines are binary, why should we have to use base-10 when base-2 is simpler and just as effective, those that care will know the difference anyway… Right? Alas, tis not to be however, and there are many who find the 24 at the end of 1024 offensive and insist on a kilobyte being equal to 1000 bytes.

How does this affect you? Ever buy a 16 gigabyte USB, pop it into your computer and wonder why you’ve only got 15.625 GB of free space on it? Yeah, see this stuff matters, especially on phone’s where a few megabytes can mean the difference between having nothing to do on the train home and streaming Netflix. And it only gets worse, the bigger you go. A difference of 24 bytes might be tiny but once you start measuring in gigabytes and terabytes, you could be losing more than a tenth in the conversion!

And so here we are, finally, to the final frontier. “Speed.” As I’ve said before, it really doesn’t make sense does it? Measuring internet with a word like “speed”… In physics is defined as how much time it takes an object to travel over distance: Speed = Distance/Time. I’m sure you can guess the issues already.

Let’s begin with “object”, well, as I’ve already explained, data has no classical dimensions and you can’t throw a ball that isn’t there — nor can you eat a fish that hasn’t been caught — thus data cannot have a speed.

Some could argue that the object in this situation could be the electrons or protons moving between computers. But even then the idea of “internet speed” still makes no sense as there is no way to modulate the speed of light or electrons through a given medium without some serious intentional and heavy-duty lab-gear. It doesn’t matter how much money you pay for internet, if you’ve got copper wire connecting your house or business to the internet then the maximum “speed” of your internet will always be equivalent to the drift velocity of an electron through said copper wire —this can be altered by temperature, but ISPs have never and probably never will spend their money on cooling wires.

So what do the companies actually mean by “internet speed”? To crack this nut, we should look at how they measure it, usually, it’s in megabits per second. Note here that it’s megabits and not megabytes, and usually you’ll see it written down as “Mb” or “mb”, probably in a cynical attempt to confuse consumers into thinking the speeds are eight-times better than they actually all, after all, why would they measure storage and transmittance differently?

What ISPs are actually talking about here is throughput. What’s throughput you say? Consider a garden hose, if the water is the data, and the force with which the water flows out is equivalent to the “speed”, then throughput is the girth of the hose. Yeah, I said it. Girth. That’s what you’re getting in a good internet connection. Good Girth. That’s why it’s considered faster, because the hole is bigger.

So there you have it. The internet in measurements. Hope you enjoyed it!

What does my business need IT Support for? 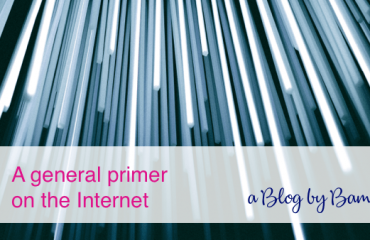 A General Primer on the Internet 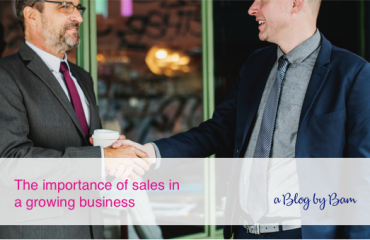 Importance of Sales in a growing IT Services Business